Home Movies Syra Yousuf and Shehroz Sabzwari in a movie about winning Back... 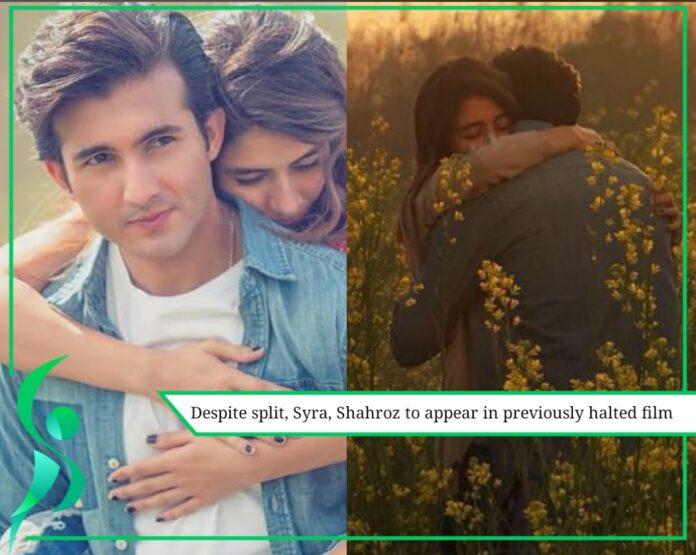 Former couple Syra Yousuf and Shehroz Sabzwari are going to be starring in a movie about winning back your ex.

They started work on the movie before their divorce. Director Omar Essa didn’t want to give away the title of the film but confirmed that it’s a love story.

Speaking to Dawn it was known that so far, they’ve filmed 90% of the movie and have just a couple of days of filming left. “I am not keeping any expectations as of now. With the condition of our industry/business models, thinking about it will just make me ‘chirchira’. That’s not a good place to be when I am still in the creative process”.

“I have done a reasonably good job in filming I feel, but things can still go wrong in post production. So let’s keep praying for the best.”

The movie is about more than just the former couple though. “We are not their ‘khandan walay’. We have a professional relationship and they believe in the project. They have worked hard towards it, especially Syra,” Essa said. “The role required a lot from her, physically and emotionally. Even if we had started production after their problems, I like to believe they would have still done the project.”

Sabzwari confirmed to media that he and syra are working together on the project but refused to give more details.