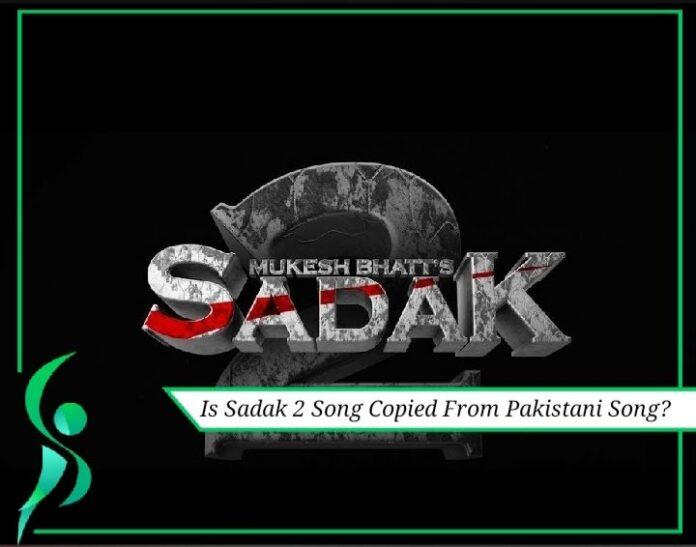 Sadak 2 Trailer just got out and the audience gave a massive response. Before the release of the trailer, Sadak 2 had already become the center of controversy. First due to Nepotism, Sushant Singh Rajput Suicide’s Case and then due to Mahesh Bhatt who has first collaboration with Alia Bhatt in this project.

Sadak 2 is a revenge drama movie and after 24 hours of the release of its trailer, it becomes the most disliked video on Youtube. If you see the like and dislike ratio on the trailer than there’s a vast difference.

In the background of this trailer, we can hear a song ISHQ KAMAAL. A Pakistani Music Producer-Singer Shezan Saleem Claimed that this song is copied from its original composition RABBA HO which was published in 2011.

Here is the trailer and you can hear the song Ishq Kamaal in it as well.

Here you can listen to Rabba Ho

Even Pooja Bhatt tweeted that a music teacher Sunil Jeet from Chandigarh had came to her with the song Ishq Kamaal. Maheesh Bhatt like this song in the first hearing. In this way they are giving opportunity to new talent.

But the truth is that this tune is copied. Shezan Saleem has uploaded a video on Twitter in which he explained how not only the melody but his music also got copied. You can check the video from here.