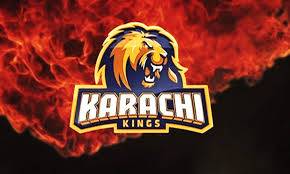 After PSL’s new anthem, it’s time for Karachi Kings’ official song to go viral. Yes, Salman Iqbal’s Karachi Kings has just grabbed the attention of all the local cricket fans with the release of their official anthem, ‘Yeh Hai Karachi.’

The song is sung by the super talented and very young Asim Azhar. The newly released anthem video has already reached 53K views on YouTube. The music video features some rarely seen artists like Areeba Habib, Zoya Nasir, and the Suno Chanda famed Mashal Khan. People are appreciating the proud owner of Karachi Kings, Salman Iqbal, and his team for bringing up new faces on the front instead of choosing big names.

PSL is a league followed by millions of cricket lovers throughout the world. Each team wishes to associate and use the names of renowned personalities with them to grow their fan following. But, it might not be wrong to state that Karachi Kings has changed the trend by showcasing fresh faces in their music video.

The music video unleashed the energy of the players and team management. Karachi Kings’ fans are enthusiastically hoping to witness the same enthusiasm of their favorite players on the field with Dean Jones as the coach and Imad Wasim as the captain.