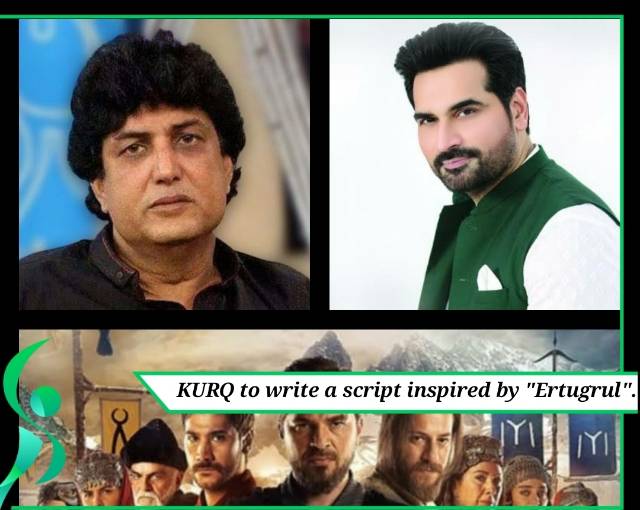 The famous yet controversial writer Khalil-Ur-Rehman Qamar is back in town with a new script inspired by the Turkish drama series “Ertugrul“.

Khalil-Ur-Rehman Qamar is mostly popular for all the wrong reasons and this time he has started to write a drama series based on the Turkish drama series “Ertugrul”. The Turkish drama serial was dubbed in Urdu on the request of Prime Minister Imran Khan and is now aired on PTV these days. The series was broadcast in the beginning of Ramadan and gained popularity in few days. The story is based on the Islamic conquests before the establishment of Ottoman Empire in the 13th century.

Qamar took note of the series success and decided to pen down a script inspired by the Turkish drama series Ertugrul. In an interview with Samaa channel, he confirmed the news by saying:

As soon as the news started to circulate on social media, people took their accounts to share their thoughts :

People then started to speculate about the cast and their is a tough competition between Humayun Saeed and Marvi Sarmad:

Predictions about the storyline was also made:

Some people started to pray to make him stop right there :

People also took a dig on his famous dialogue :

People also applauded him for this step :

And some people even took a dig on his previous storylines which were all about womens cheating on their man .

Well, one can expect anything from Khalil-Ur-Rehman Qamar, what do you think? Share your thoughts in the comments below.