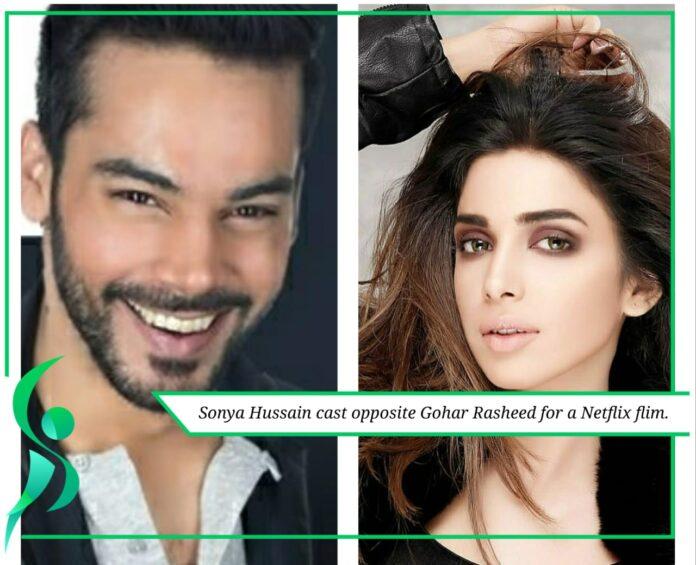 Earlier, the film Lockdown was starring Gohar Rasheed and Faryal Mehmood in the lead role. But now the news has it, Faryal Mehmood is replaced by the versatile actor Sonya Hussain.

Director Abu Aleha confirmed this news and mentioned that she has been dropped by the film due to personal reasons. The agreement was sign between the two but as the time progress, the character demanded workshops and time which was interrupted by Faryal’s health and marriage.

He also mentioned that due to commitment with OTT platforms and fixed time slots the shoot cannot be further delayed. The director also released some pictures of the leading stars.

Furthermore, Sonya Hussain has now been roped for the character. The duo is always praised by their fans and critics for their versatility and it will be a treat to watch them.

The acclaimed actor confirmed the news on her social media handle sharing some BTS from the sets and hinted for a Netflix release.

Written by Abida Ahmad, the film is presented by Mont Blanc Entertainment. The release date of the film has not been announced yet.

The film Lockdown will mark as the first film to release on the digital platform Netflix and we are already excited about this. Are you?