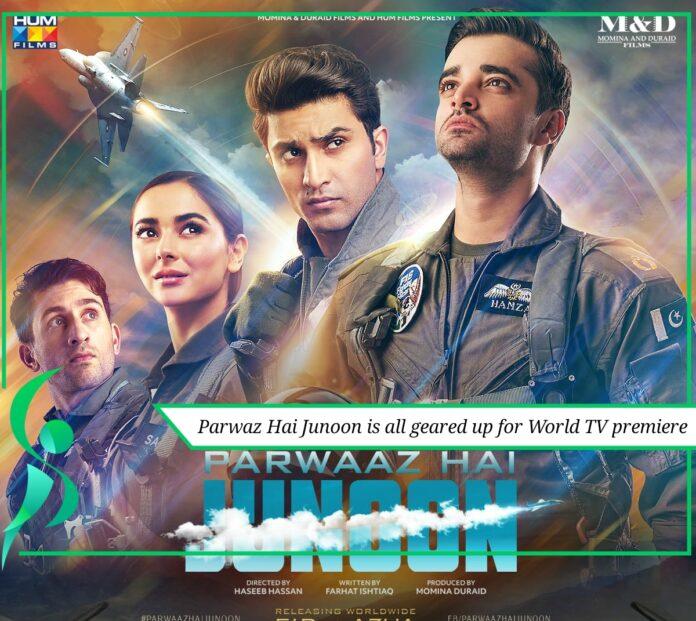 The film Parwaz Hai Junoon, released in the year 2018, is all geared up for the World TV premiere soon.

The supporting cast of the film included Alamdar Khan, Marina Khan, Adnan Jaffer, Shamoon Abbasi, Mustufa Changazi, and Shafaat Ali in pivotal roles. The film was released in the year 2018, on the auspicious occasion of Eid-ul-Azha.

Parwaz Hai Junoon is a tribute to Pakistan Air Force for their tremendous effort, to safeguard the country borders. Directed by maestro Haseeb Hassan and written by Farhat Ishtiaq, it is ranked as the 5th highest grossing film of Pakistan.

The film was released under the banner of Momina and Duraid Films, and after 2 years the film is scheduled for a World TV premiere in one of the three days of the festival. The film received mixed reviews but was critically appraised for aesthetic and acting skills.

Here is the trailer of the film Parwaz Hai Junoon, are you excited for its World TV premiere ? Offer your thoughts in the comments below.