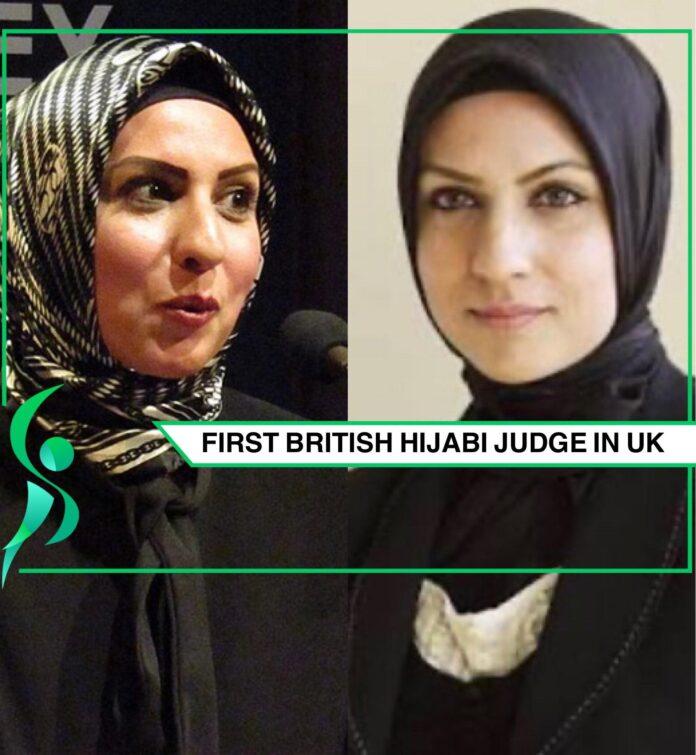 Muslims have been facing partiality in every department for decades either because of their religion or being covered . This time Rafia Arshad has broken the stereotypes by becoming the first British hijabi judge in the United Kingdom and how.

This step is undoubtedly the positive mode of diversity as women stay extremely underrepresented in the judiciary. Rafia Arshad just not set the example by being first British hijabi judge for all the Muslims out there but for the women of United Kingdom as well.

Rafia Arshad has been dreaming to set a career in law since she was 11. And after 29 years of day and night struggles and hurdles and 17 years in the career of law, at the age of 40 in May 2020, Rafia Arshad has been appointed as the first British hijabi deputy district judge on the Midlands circuit. Every hard work and struggles pay off at the end and that’s what happened with Rafia Arshad.

Which is the proud moment not for her and her family but all the Muslims around the world. Former deputy has been graduated in 2001 from Oxford Brookes University in Finance and Law or Accounting. In the year of 2003, she has done her major for Leeds University as LLM in International Law and European Business Law. Rafia was the first one in her family to join the university.

Apart from English being a Muslim she can speak Urdu, Punjabi and Arabic fluently. She is also the author of the book named “Islamic Family Law”, which ultimately shows her devotion to the field of Law.

Here’s What Rafia Arshad Has Said:

On other interview she was really kind enough to say that: “It’s definitely bigger than me, I know this is not about me. But it is particularly important for Muslim women,” said Raffia Arshad.

And indeed success comes to those who are kind-hearted and it is beautifully proven by Rafia Arshad. Her thinking for Muslims especially for women makes us admire her even more. She aim is to set an example for women that everything is possible if we want to achieve it for real.

Apart from being Muslim judge what fascinated and inspire most of us that she did not compromise on covering her head and apart from being judged in the United Kingdom for wearing hijab, she still chose to wear it confidently. And this move for sure has inspired a lot of Muslim girls. Judge, writing it proudly, Rafia Arshad quoted:

“I decided that I was going to wear my headscarf because for me it’s so important to accept the person for who they are and if I had to become a different person to pursue my profession, it’s not something I wanted. So I did, and I succeeded in the interview. I was given a considerable scholarship. I think that was probably one of the most profound first steps in my career. It was a solid ‘yes, you can do this’.”

These personalities proves that sky’s the limit and dreams has no boundary. May we Muslims get so successful in the upcoming days, rule the world most positively and make our ancestors proud. And with all of this success may we get to set a positive image of us worldwide because that’s how we gonna roll.