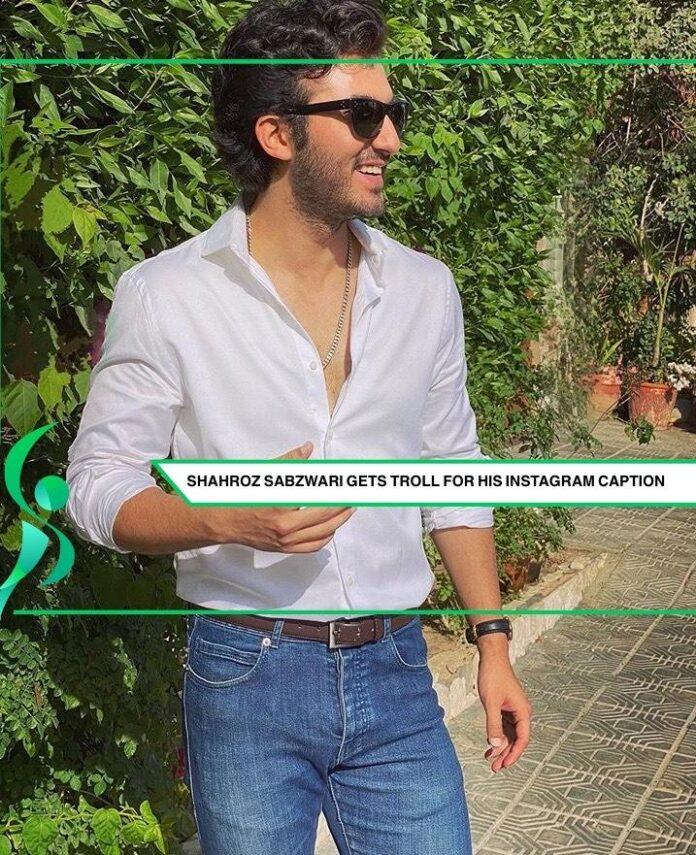 Shahroz Sabzwari getting hitched with Sadaf Kanwal was big No-No for fans which ultimately made him land in the trap of trollers. People are not sparing a moment to troll him and his wife and you can also that Shahroz Sabzwari is recently on the hate list of most of the Pakistanis.

He even tried to justify his side by posting a very serious IGTV video on Instagram just to clear all the misconceptions circulating on the internet. But we think it doesn’t affect people in any sort of way and they still carry on with trolling him.

And yet again Shahroz has jumped himself in the trap by posting a picture on Instagram with a caption “Coronavirus doesn’t affect rats and snakes so most of you’re safe.” And the actor has turned his comment section off for quite time now. He is obviously referring to all the haters out there.

But little did he know our meme game is really strong and no one needs comment section to portray or defend themselves. That’s what our audience did this time, they took all the benefits from Facebook and Twitter to reply to his caption. And we found these replies hilarious and humorous as well.

Some gets really sarcastic:

Some get really offended and fired back:

And then comes the memes:

While other gets offended for keeping the comment section off:

Well, this was the end reply of all the replies and it really got us: