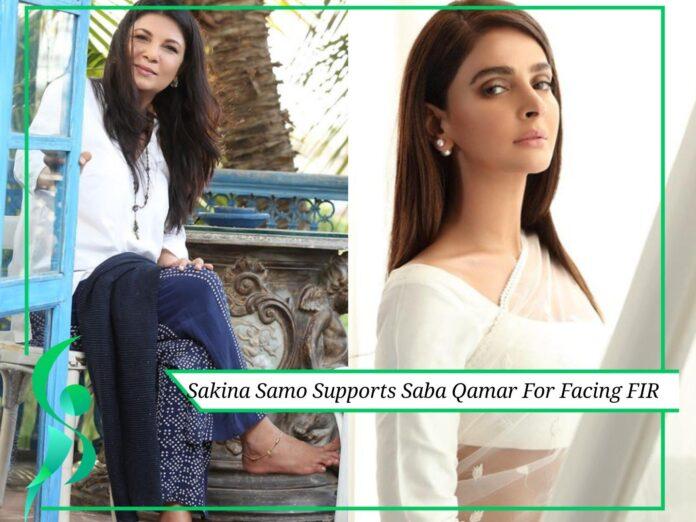 Sakina Samo, a senior actress raise her voice in the support of Saba Qamar who is facing criticism for shooting musical video in the mosque.

A case was filed against Bilal Saeed and Saba on 13th August under section 295. In this FIR it is stated that Saba and Bilal Saeed ruined the respect of the Holy Mosque by shooting a song in it.

In such critical circumstances, Sakina Samo supports Saba. She posted by saying, “With great sorrow, I say that this is wrong. She is an amazing artist with a kind personality. She didn’t do anything wrong with anybody. She is happy in her own world. I think this is unfair to her and meanwhile, it’s an insult to her talent.”

While referring to the accusations on Saba, Sakina Samo wrote that things are exaggerated. She believes in the good intentions of Saba Qamar. She presented this as a reason for doing her support. According to her, the Actors community should also support Saba Qamar.