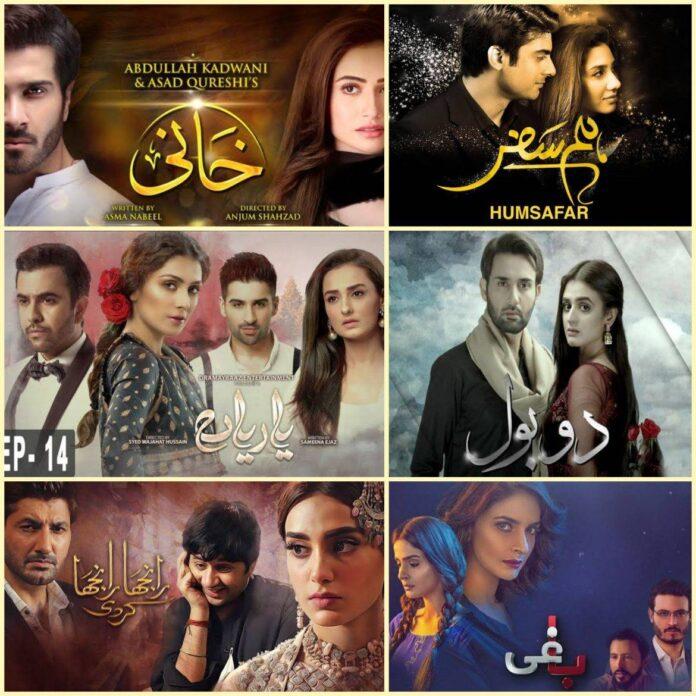 The wide range of original sound track in Pakistan Television Industry is booming around. The talented artist showcase their creativity by connecting storyline of drama with chorus of the songs is admireable. The Pakistan Televion Industry give us many super-duper OSTs from years. The extremely emotional outburst and full of feelings sound tracks are hard to listed as which one is more natural but let’s start with the old gem.

The TV series Doraha with full of emotions and flawless family life depiction aired in 2008 on Geo Entertainment. The OST steal the hearts of many viewers as it was from our very own Jal-The Band. Enjoy the blending of soothing voice and mesmerizing lyrics with epic music, “Tum Kahan Chal Diye”.

The thriving drama Hamsafar had sonorous original sound track ‘Wo humsafar tha” in the voice of Quratul-ain-Baloch gives another meaning to the show.

The story of revenge, jealousy and insecurities made up the sound track maintaining the suspense in Faiza Mujahid voice and revealing curiosity of Zohaib Hassan’s voice harmonized the track.

Together Nabeel  Shaukat and Aima Baig with the composer Naveed Naushad just rocked the sound track of Do Bol, “Ja Tujhe Maaf Kiya”.

O’ Rangreza sung by Sahir Ali Baga just bangs on the vocals. The chords making the sound more deep and it cannot be done without enchanting composition. Sassi, the outrageous and stubborn character of Sajal Ali, immensely define by the sound track.