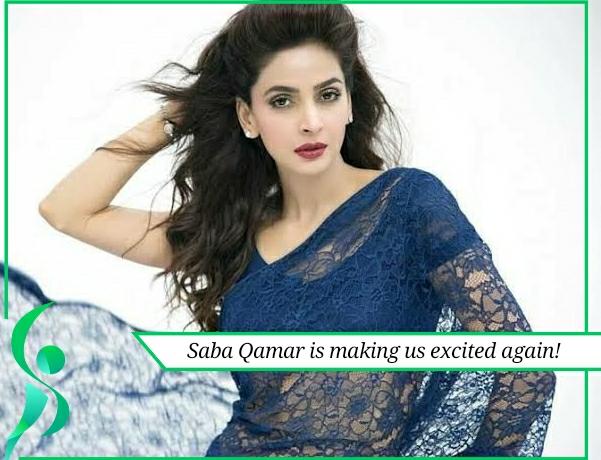 Kamli, an upcoming movie of directorial Sarmad khoosat, is a tragic love story with Saba Qamar, Hamza Khawaja, and Sania Saeed as a leading cast. Saba Qamar is an actress, model, comedian, host and everything one can think about when talking about showbiz. Both director Sarmad khoosat and actress Saba Qamar does not need any introduction, as their work is what that speaks for them. Saba Qamar grab the attention of public as Malika-e-Tarannum Noor Jahan in Sarmad Sultan Khoosat‘s debut film Manto and now once again she has join hands with the same director for another amazing project and both of them are all ready to provie us with a beautiful and attractive love story.

The News Saba Revealed About KAMLI

Recently Saba Qamar the lead actor of KAMLI shared that the movie is in it final phases in her Instagram stories she has shared pictures of her sitting in a recording studio. It shows that the movie shooting is almost complete and final touches are being made to this block bluster project. This shows that cast is working their best to provide us with the amazing and surprising move because they know the public’s expectations are too high after previous blockbuster movie MANTO and Saba Qamar movies, Hindi Medium, Lahore Sey Agey etc

Sharing About The Film KAMLI

Actor and Filmmaker Sarmad Khoosat, in an interview, share some views about his project KAMLI and it goes like this, “A tragic love story at heart, Kamli is going to be a fresh mix of a rustic setting captured in a contemporary, universal sensibility. Unlike other films of the genre, Kamli is not only going to depict the vibrancy and humour of rural Punjab but also its poetic lyricism and love-lore in an international film aesthetic.”

Saba qamar also few days back took to social media and announced that shooting is almost complete and said, “And it’s a wrap! Thank you Sarmad Khoosat for making me a part of this incredible project, you’re truly amazing. Thank you Kanwal Khoosat for taking such good care of me. You were a blessing on set”

We all are excited to know about the story line and other things about this new project of Sarmad khoosat. Either this release will break the records of previous movies and win the hearts of public or this gonna break hearts of public because after all we are waiting for such a long time now, aren’t we?