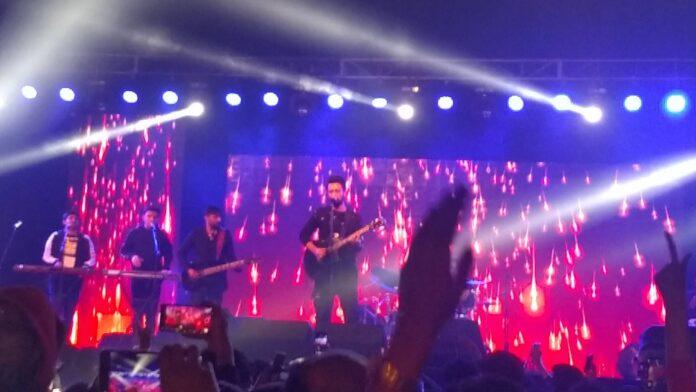 Atif Aslam performed at IBA yesterday in front of a huge crowd that went so well with the amusing songs of the great singer with a touch of fun at the end.

So, the day before the concert Atif gave a heart attack to the fans by facebook post informing the cancelation of the show because of the non-payment of dues by organizers.

Then he somehow posted the good news that he will be at IBA. Thanks to him, he saved so many paise.

And the fun part or we can call it the cute fan moment part when Atif played the voice notes of heartbroken fans after he called it the fake concert. Some websites are trying to manipulate moments calling it his savageness but he mentioned that he literally thinks that these voice notes are cute and he didn’t mean to humiliate anyone even he thanked the organizers.