Home Latest Asim Azhar new song is going to be a hit? 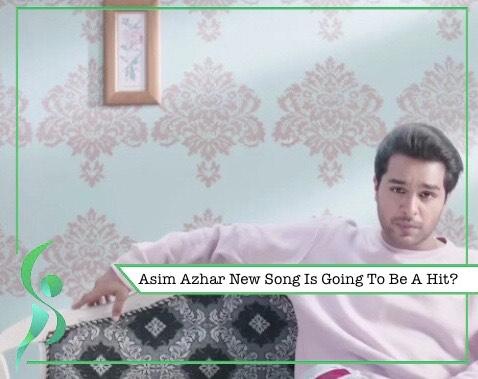 2020 has been a different year for most of the people in the world. But the case is not the same with Asim Azhar, I guess. Asim Azhar’s new songs have been coming consistently in 2020, and his fans can make a playlist of his songs. When it comes to melodious, good voice and good song, Asim Azhar never disappoints his fans.

We must say the most famous songs from Asim Azhar’s new songs were “Tum Tum.” We will be keeping the fact aside how criticism the makers had to face because of so many unusual things. But “Tum Tum” hit such a million milestone on YouTube in such a short time that was outstanding and unbelievable even for Asim Azhar. Well, apart from other to songs which were also adored by Asim Azhar’s fans were “Soneya,” “Sassi,” “Ishqiya,” (which is an ost), and his Bollywood very famous debut “Humrah.”

Asim Azhar also took a moment and posted a picture with a cute caption telling this year he has released 5 of his favorite songs, and those all were successful songs we must say. Later, he also questioned his fan, which is a favorite song out, so those fives. Well, we must say we are rooting for “Humrah.”

Moving forward, this is not it! Asim Azhar new song is all set to be back that, too, is in 2020. the song is named “Tasveer,” which looks like a little sad song or on the emotional side. We loved the teaser so far and are positive that the song will be great. But the question arises will it be as good as his other songs?

Are you guys excited to listen to Asim Azhar’s new song? And which one is your personal favorite out of the previous five songs? We think that by the end of 2020, Asim Azhar will probably release one song too. After all, 2020 is clearly his year!