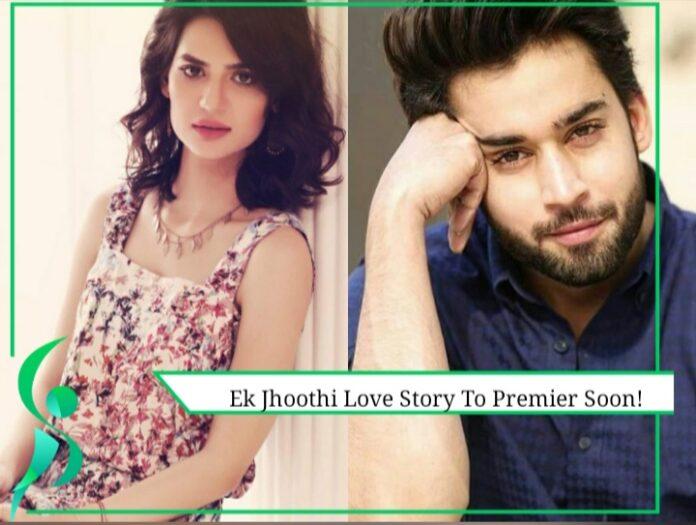 How excited are you? Ek Jhoothi Love Story, a twisted love story starring Bilal Abbass and Madiha Imam is going to premiere on ZEE5. The title of the web-series is enough to grab our attention, sounds fresh and diversified web-series. So what we can expect from talented director Mehreen Jabbar is yet to be disclosed.

Ek Jhoothi Love Story- What The Hype Is All About?

The lead actor Bilal Abbas have got his fans hooked after sharing the poster of web series with an interesting caption!

Bilal Abbas is dropping a hint of another successful web-series after Churails which was praised by all. The complete review of Churails will make you go and watch it if you haven’t. Ek jhoothi love story is written by an award-winning writer Umera Ahmed and we expect nothing but the best from her

Mehreeen Jabbar, the director of web-series Ek Jhoothi Love Story is also very keen for it to premeier and we can feel it!

The cast of web series is absolutely spectacular and we are looking forward for some amazing performances. The lead actress Madhia Imam is versatile actress and we have seen some mind blowing performances from her. Currently, she is playing lead role opposite Faysal Qureshi in drama serial “Muqaddar”.

Ek Jhooti Love Story has been in the works for a while. The web-series filmed in Karachi, the series will feature incredible actors including Mohammad Ahmed and Beo Zafar who mesmerized us with their chemistry in Cake. Other cast members include Furqan Qureshi, Kiran Haq, and Kinza Razzak.

So are you people excited about this one or not? we indeed are super thrilled about it! Share your thoughts below in the comments section.