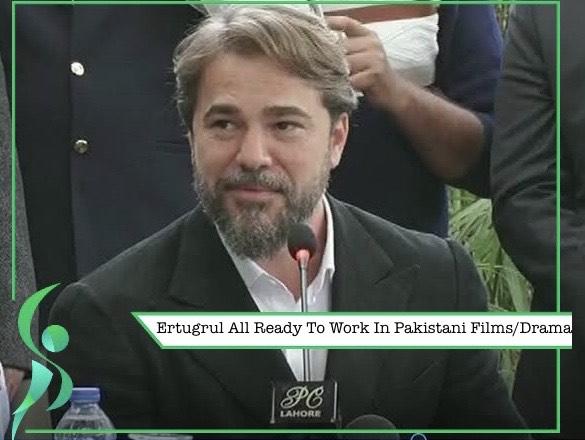 Ertugrul fame Engin Altan seems like a new hot topic not for Turkish only but Pakistanis as well. All the fans can’t stop talking about him and adore him for his role. And I am sure that you are among those. Well, who can not praise him? After all, he had made our 2020 better. Not just we are his fans but Prim Minister of Pakistan Imran Khan also can’t stop to appreciate his skills.

Well, coming back to the topic, adoring him yet not being able to watch him with his real personality can be quite fishy as well. I mean we would love to watch his real voice and persona as most of us watch dubbed version of Ertugrul.

As much as his fans our happy to see him coming to Pakistan they would get more than delight to know him working on our national project right? If that so, then here are some great news for you guys so keep on reading it!

So, the good news for your guys is that Engin Altan is all set and ready to work in our industry. Who can ignore such immense love and appreciation that we as a nation have shown to him.

Since, the Turkish actor is own its little visit to Pakistan said that he is already to accept multiple projects if he gets an amazing script or story. In his press conference in Lahore, he also revealed that not just he his ready to work on Pakistani projects but he has signed few of the contracts as well.

He further added that, “I know Pakistani people love people love me. I am also aware about the natural beauty of the county.” Adding some humor to it he commented on Pakistani food saying it is really delicious but too spicy.

Ertugrul fame Engin Altan also thanked Mr. Imran Khan saying it is such a pleasure of him recommending this great Islamic historic show to his nation.

Well, these all the sweet words that Engin Altan has uttered through the interview. Which was quite amazing to see as down to earth and famous celebrities always make a good combination? Are you excited to see him in Pakistani Dramas/Films? If yes then, with which heroine he will look the best?