Home Movies It’s a wrap up for ‘Money Back Guarantee’ 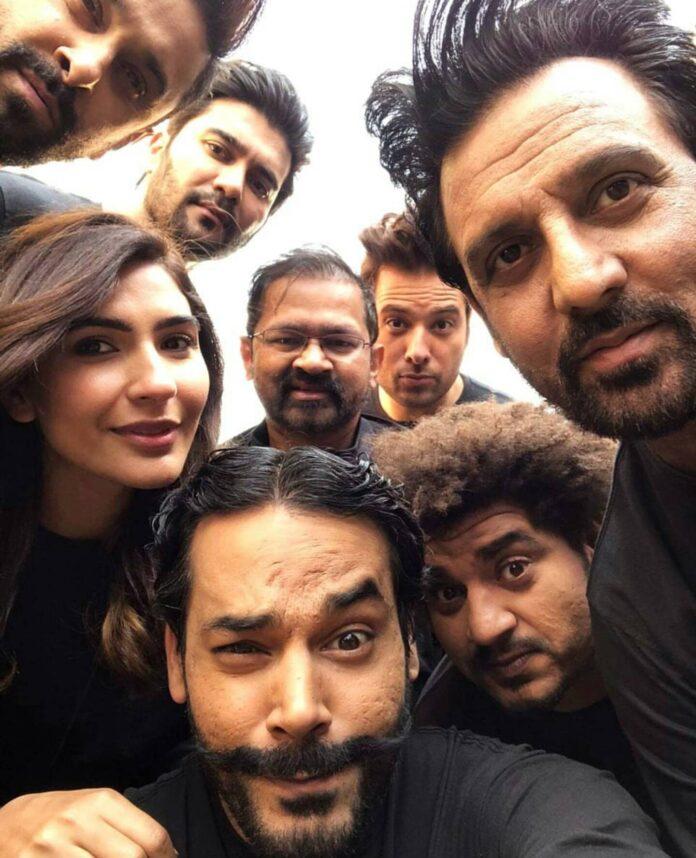 Faisal Qureishi, who we adored from ufone advertisements is done with his directorial debut “Money Back Guarantee.”

The film stars some of the most sought faces of entertainment industry, including Mikaal Zulfiqar, Fawad Khan, Wasim Akram, Shayan Khan, Mani and Gohar Rasheed.

When the shootings were still going, Mani, in an interview revealed, “Money Back Guarantee is a slight political satire but it’s guaranteed to be a laugh riot, I can tell you that much. Even we have been rolling on the floor with laughter while shooting.”

Under the direction of Faisal Qureishi, this film is expected to be the best comedy film of 2020. Money Back Guarantee is jointly produced by GameOver Productions and Shayan Khan’s Houston-based Zashko Films.

Now, that the film has wrapped up, Mikaal Zulfiqar has the following to say:

“We concluded the shoot with a 36 hour long grueling shooting schedule, which was quite challenging, however, it all worked quite well in the end. We have shot the film on locations in Thailand and Karachi, Lahore, and Islamabad within Pakistan, over a period of 42 days. I can assure you that we have given our hundred percent to this film.”

This film is surely star-studded and we are more than excited to see what the director has to offer.