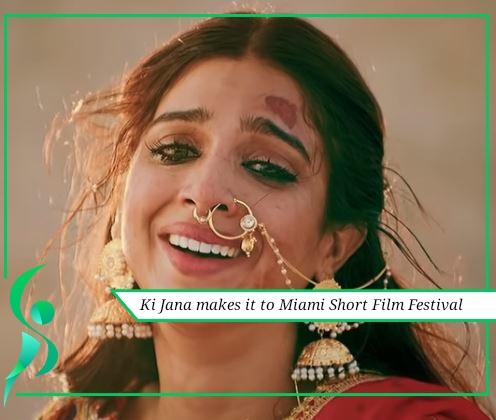 The director Nabeel Qureshi, recently released a music video, shot by him. The music video named Ki Jana stares actress Sonya Hussain, whereas Mohsin Abbas Haider made a short cameo in the video.

The song was beautifully composed by Shani Arshad, and lyrics narrated in the song were written by Baba Bulleh Shah. The song narrates the story of a young couple who were escaping from the girl’s family. It appears that the two fall in love irrespective of caste, and religion. The girl’s dad catches them, and shot them, illustrating a horrendous act of honor killing.

The visual masterpiece, Ki Jana has been shot in the desert area of Balochistan, which begins with a line, stating, “contractors of society and religion should understand that love has neither any religion nor amour has any caste.” The singer, Shani begins the song with similar lines, while guitar playing in the background.

It is justified to say that Qureshi has done complete justice with the direction. The director has always been critically appraised for his unique sense of style, incorporated in his films. The video was produced by Fizza Ali Meerza and has received 141,652 views in a month.

Nabeel Qureshi shared this happy news on his social media account, and we think it is very well deserved for the team. Also, from the desk of SP, we congratulate the director, and may he continue to entertain us for ages.