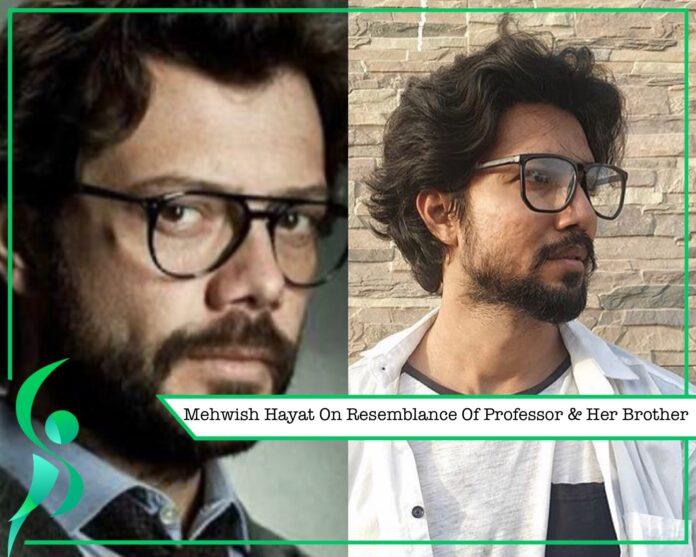 Netflix recent series Money Heist and it’s main character, Professor Sergio, are everyone’s favorite. Whoever watches this show seems to be really impressed as well as obsessed with its characters. And our Tamgha-e-Imtiaz, Mehwish Hayat, is one of them.

She is one of the most active celebrities and never keeps her point of view to herself. Always posting, tweeting or talking about what she thinks really made her fans like her more.

Her brother recently grammed a picture of him wearing spectacles with messy hair. Mehwish Hayat being a Money Heist fan couldn’t resist herself from creating a collage of him and Professor’s, where she found the resemblance between her brother and the professor sergio unreal and posted it on her Instagram story.

Not just that, the actress recently visited the Gaddafi Stadium and clicked a picture with the wall of fame of the cricketing legends. And guess what? She found a professor’s doppelganger over there as well .

Most of us are also the biggest fan of this Netflix show and couldn’t wait for its next season to release ASAP.