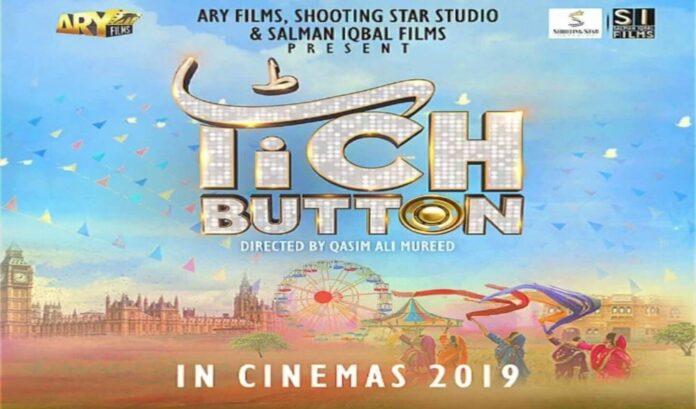 The star-studded film “Tich Button” is a romantic comedy. One should be excited for it because of Farhan Saeed’s cinematic debut with Feroz Khan. Not only this but, Sonya Hussain will also be on the big screen and lastly, Iman Aly is making her silver screen debut with this upcoming movie.

It is directed by Qasim Ali Mureed and produced by Salman Iqbal and debutant producer is Urwa Hocane.

The plot of this film is still unknown but this full of colours and vibrant teaser shows that it might be filled with romance.

Have a look at the teaser!

This movie is set to come out on Eid-ul-Fitr and fans are excited to see these actor first time on silver screen!