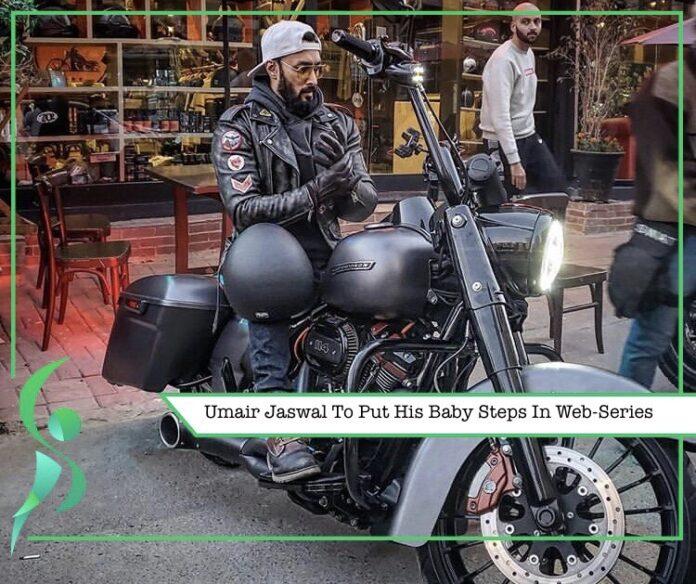 Umair Jaswal is one of the well-known singers of Pakistan. He got all the fame from his song “Sami Meri Waar” with Qurat-Ul-Ain Baloch and the song was literally on everyone’s tongue at the time it got released. Not just us Pakistani but everyone across the border also loved his voice and his energy more in the song. Apart from the this, Jaswal brother is really fond of his bike and is often seen posting the pictures of his bikes on social media websites. But his love for the bikes is not just to ride it this time Umair Jaswal has came with another idea which is surprising.

Umair Jaswal On His Web-Series:

The singer’s this web-series named as “Raahi” is directed by Zeeshan Parwez and written by himself. While talking about “Raahi” the singer expressed how he wanted everyone to admire the beauty of Pakistan and he wanted to see more of his life apart from being a singer and stage performer. He said: “The last ten to twelve years of my life in music has been so busy. Everywhere I went was either for work or to play a show. One night I’d be standing in front of a thousand people and the next, I’d be sitting alone. That left a void inside me”

Taking about bike rides he claimed that bike rides are really therapeutic if you go alone on the northern sides just by yourself. He also expressed how the mountains let him face his demons more bravely and let him talked about it with others.

The producer of the web-series told that Raahi means traveler so the series is all about the journey but this movie is just not a travel log. Zeeshan Perwaiz also expressed in an interview that this web-series is closest to their hearts as it is written by Umair Jaswal.

All the episodes of this web-series will be released on YouTube channel of easypaisa. This seems like a really interesting one and we are excited for the whole-series to release. Have you guys watched the first episode of the series? If yes then do tell us your reviews about it.