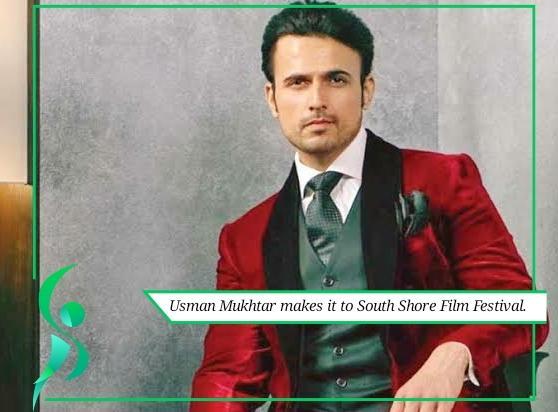 The Pakistani film and drama industry has strived for the recognition it has today, only because of the brilliance and hard work of the artists. Many actors are reaching new heights now and then nationally, and internationally too.

One of such fine artist is Usman Mukhtar, who has now made his country proud by winning big at South Shore Film Festival New York. The film features model turned actor, Rubya Chaudhary alongside Usman.

The film was penned down by Ali Mudar. It is a dialogue centered film, whose story revolves around the struggles of a couple. Mukhtar took Twitter to share his happiness:

Usman Mukhtar also thanked his fans for all the support, while reminiscing his past days. He shared a poster of the film and wrote:

” I don’t have words to explain my happiness with you. This is all because of the hard work and dedication of everyone attached to the film, the entire team. This is our first win so I am going to be very emotional. Since as long as I can remember I have wanted to be a filmmaker. Starting from those VHS cameras to right now. Winning this makes me feel that all the hardships that I went through, meant something. Thank you for all your support and cannot wait to share the film with you all. With your prayers, there will be more to come. A very special high five to my costar Rubya Chaudhry who is the heartbeat of this film.”

From the desk of Showbiz Pakistan, we congratulate the team for this huge success. Thank you for making us proud!

If you haven’t look the trailer, catch it below:

Let us know, what do you think of the trailer?