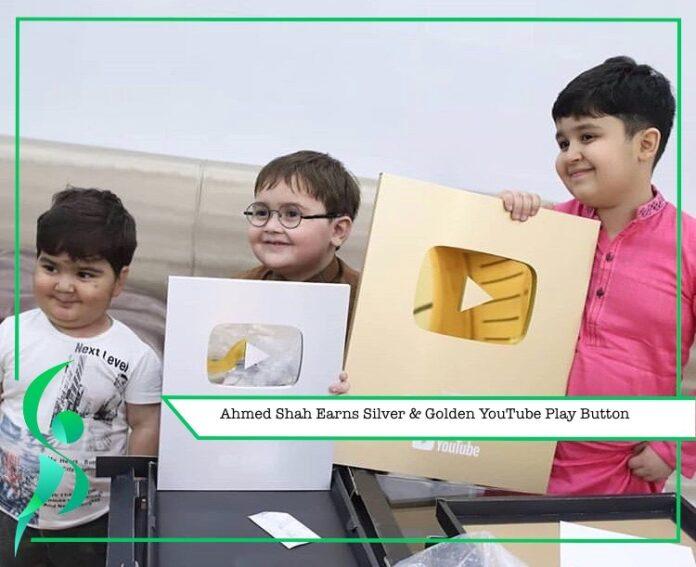 Ahmed Shah is the most famous and one of the cutest kids of Pakistan. He has gained so much fame in short time and become the youngest Pakistani YouTuber. After his first video went viral wearing Ahmed shah was asking for his bag from his teacher in his cutest Pashto style that people started to adore him so much.

Not just us common people even celebrities really find Ahmed Shah super cute. Ahmed Shah’s has his separate YouTube channel where the kid’s father post random videos of Ahmed Shah’s life and people get really entertained watching it. Everyone loves his daily lifestyle video so much that the kid has gained 1.14 million subscribers on YouTube.

And in such a short span of time he has earned golden and silver button which itself is a very big deal for such a kid and become the first youngest Pakistani YouTuber to gain something so big. We really are proud of Ahmed Shah and wish him more and more success in the future.

Ahmed Shah’s video went so viral that he also comes with Fahad Mustafa on his famous show “Jeeto Pakistan Jeeto” and is also being seen in the Ramadan Transmission Show with Waseem Badami.