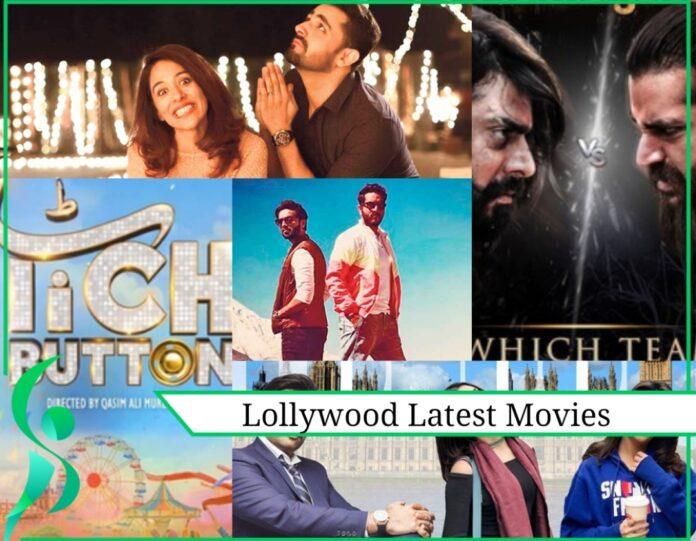 Lollywood is the movie platform for Pakistani showbiz cinema and it was established in Lahore, Punjab. There have been famous lollywood movies in the list which have been praised by millions of fans around the world the top names were as Baaji, Superstar, Teefa in trouble and other big names on the Pakistani cinema.

Senti Aur mental is one of the upcoming Lollywood latest movies. It seems to be a fun-thrilled comedy film. It is directed as well as composed of one of the famous actors Yasra Rizvi. She has been an iconic name in our showbiz Industry and she itself being cast in this movie. It is produced by Eman Binte Syed. The cast of the movie includes big names of the industry like Zain Afzal, Faryal Mehmood, Irfan Khosaat, and Beo Zafar.

2. The Legend Of Maula Jatt

The movie ‘Legend of Maula Jatt‘ is one of the Lollywood latest movies which were going to be released soon, but due to pandemic, it was being postponed but it is going to be released soon. It is directed and composed by Bilal Lashri and composed by Ammara Hikmat. The cast of the movie is featuring superstars of our industry like Fawad Khan, Hamza Ali Abbasi, Humaima Malik, and Mahira Khan.

‘Tich Button’ is one of the upcoming Lollywood latest movies. It is a kind of combination of romance and comedy. It was also postponed due to the COVID-19 situation but going to be aired in cinemas soon. Salman Iqbal and Urwa Hocane produce it. The movie is starring Farhan Saeed, Iman Ali, Sonya Hussain, and Feroz Khan.

‘Quaid-e-Azam Zindabad’ look-alike one of the patriotic Lollywood movies. It is directed by Nabeel Qureshi and composed by Fizza Ali Meerza. The big iconic star Fahad Mustafa is going to play the character of ‘cop’ in the movie while Mahira Khan is also being starred in this movie. It is going to be super-hit and is releasing soon.Fahad Mustafa will play a cop in Quaid e Azam Zindabad

‘London Nahi Jaunga’ the name of the movie is familiar with the recent Lollywood movie Punjab Nahi Jaungi. It is directed by Nadeem Beyg and composed by  Khalil-ur-Rehman Qamar. The cast of the movie includes super-talented actors like  Mehwish Hayat, Humayun Saeed, and Kubra Khan. It is going to be released on big-screens soon.Nadeem Baig’s London Nahi Jaunga wraps up shooting –

Stay Tuned to Showbizpakistan for latest news and updates.