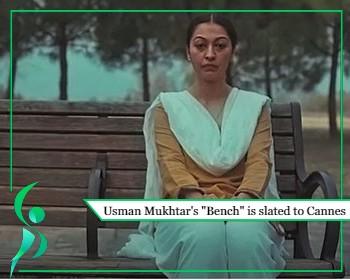 ‘Bench,’ a short film directed by Usman Mukhtar, has been reported on social media platforms. And it has attained attention from the Pakistani audience—the story of this short film is based on a couple who strives to keep a hold on their relationship. The trailer of the short film Bench was released on the 9th of June 2020. However, it is all ready to make it’s way to the Cannes Film Festival short for (CIIFF).

Usman Mukhtar is featuring Rubya Chaudhry, and she is one of the most glamorous and iconic. Pakistani fashion model and actress. She is also of the most successful actresses of the Pakistani showbiz industry. We have seen her striking face and her remarkable acting skills in this short film ‘Bench.’

Usman Mukhtar itself is cast for this short film. He has also put up a fantastic piece of work. Thou, we have seen his incredible acting skills. He has no doubt showcased his talent in the drama industry along in the Pakistani Cinema.

On his official Instagram account, Usman Mukhtar announced that his short film Bench is chosen at the first CIIFF. He further added that We are trying our best to make more interesting short films like Bench. And we are honored to receive so much love and support from all my supporters, fans, and followers along with the Pakistani Cinema.

He further concluded that Bench is the only film from the Pakistani Cinema chosen for the French Republic. In the future, we are looking forward to making more great content. It is considered to be one of the massive success not only for Usman but also for the Pakistani showbiz industry. We wish them best wishes and hopes to have back to back success news.

Stay Tuned to Showbiz Pakistan for the latest news and updates.